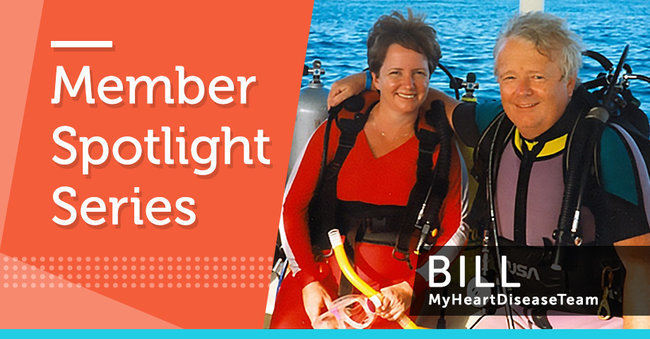 The first part of this story can be found here.The next day I got in to see my family doctor. He replaced all the medication from Mexico with meds from Canada and referred me to a local cardiologist. An old-school doctor, he simply put me on a treadmill. I lasted a few minutes. He determined my heart was getting lots of blood and cancelled other tests booked that day. If we had done the next test it would have shown a totally blocked artery.For six months I could only walk to the mailbox and back to the house. My neighbors looked after the lawn and pool, as well as the driveway in winter. Between naps, I had overwhelming feelings of tiredness—no energy, listless, and wondering what was going on.My doctor told me my diving days were over. Diving in cold water was too dangerous. I was beginning to get leg and hand cramps. Not taking the doctor seriously, I did a deep dive, a planned depth of 200 feet in a fast current. At 60 feet both legs cramped up. Then both hands cramped. There was a serious situation in the water. I held onto the wall, moving upstream until I could surface and drift into the dive boat. I had lost both fins and a dive computer. My diving in cold water was officially over. I would continue to dive in warm water until 2010, when in the Red Sea at Duhab, Egypt, my legs and hands began to cramp up. It was the end of my scuba diving career. I had hit the top—a Master Scuba Diver Trainer rating, and a lifetime of memories.After six months of having no energy and sleeping most of the day, I changed cardiologists. A much younger doctor immediately scheduled me for an angiogram. They found a blocked artery but could not clear it. It had solidified over time since the first cardiologist said my heart was getting sufficient blood. The blood had found a way around the blockage, so open-heart surgery was off the table. A year later they tried to clear the blockage with new clot-softening drugs but to no avail. Deemed as too dangerous, I have to live with one artery completely blocked.My younger cardiologist moved on to become chief of cardiology at a local hospital, so I moved to a new cardiologist. I’ve been with him since.Not just diving, many things change when you have a heart attack. There is a lot to discuss with your cardiologist and GP. But they have to be in sync. It’s been 16 years now. I still have a blocked artery and every year go through an obstacle course of tests. Life has changed. Life is what you make of it. Once you set your priorities, life after a heart attack can be good, very good. My two daughters married. I have grandkids, sons-in-law, and a wife who is there through good and tough times. But the good far exceeds the bad. Do what you can and forgive yourself for things you can no longer do.This article was written by MyHeartDiseaseTeam member Bill as part of the Member Spotlight Series. Bill is married and is certified as a Master Scuba Diver Trainer who previously taught scuba diving as a hobby.Do you want to be a part of the MyHeartDiseaseTeam Member Spotlight Series?
Let us know here: support@MyHeartDiseaseTeam.com

I wished you had changed doctors sooner to prevent some of your pain. But as a heart patient, you know, cold is one of our enemies. Find something you can do with your grands. I do, and I cherish… read more

A Heart Attack In Paradise - Part 1

How Heart Disease Can Affect Your Mental Health

Because the physical impact of heart disease can be all-consuming, you may be dealing with...

How Heart Disease Can Affect Your Mental Health

Because the physical impact of heart disease can be all-consuming, you may be dealing with...
read article >

Atrial fibrillation is a heart condition where the heart’s upper chambers (atria) beat...

Atrial fibrillation (AFib) is associated with a high risk for stroke.High blood pressure and...

Atrial fibrillation (AFib) is associated with a high risk for stroke.High blood pressure and...
read article >

Heart disease encompasses a large number of conditions that affect the cardiovascular system,...

Symptoms of heart disease vary from person to person. Symptoms are influenced by the type of...

Symptoms of heart disease vary from person to person. Symptoms are influenced by the type of...
read article >

It is vital to seek urgent care for new or worsening heart disease symptoms.Nonemergency care —...

Two Ways to Get Started with MyHeartDiseaseTeam

Connect with others who are living with heart disease. Get members only access to emotional support, advice, treatment insights, and more.

Get the latest articles about heart disease sent to your inbox.

close
ABOUT HEART DISEASE TYPES DIAGNOSIS CAUSES SYMPTOMS TREATMENTS RESOURCES
New to MyHeartDiseaseTeam? Learn More
Quick Links
Q+A Treatments A-Z Resources Are you a provider? Crisis
About Us
What is MyHeartDiseaseTeam? Partner with us Terms of service Press/News Privacy policy Cookie policy
Help With This Site
Getting started FAQ Community guidelines Contact us

© 2021 MyHealthTeams. All rights reserved.
MyHeartDiseaseTeam is not a medical referral site and does not recommend or endorse any particular Provider or medical treatment.
No information on MyHeartDiseaseTeam should be construed as medical and/or health advice.